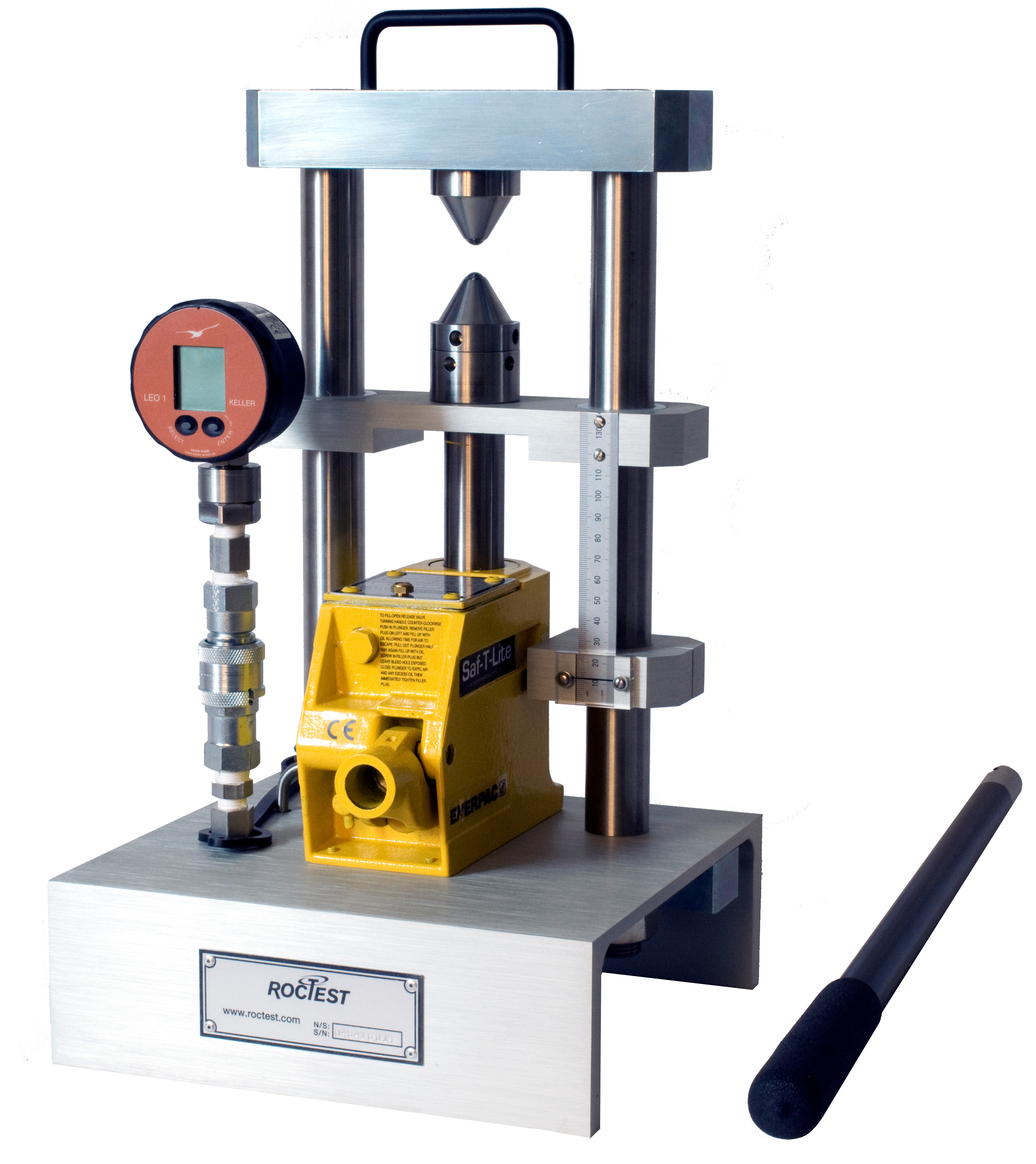 Three point load test configurations are used depending on the available rock specimens: Diametrical – Axial – Irregular lumpThe diametrical and axial tests use core specimens with length/diameter (L/D) ratios greater than 1.0 in the first case, and between 0.3 and 1.0 in the second case. Rock pieces of suitable irregular shapes are used when cores are not available. The testing steps are the same for all configurations:

The Point Load Tester allows the user to determine an “Uncorrected Point Load Strength Index” (Is). This index must be corrected to a standard equivalent diameter (De) of 50 mm. It then becomes a unique property of the rock tested (Is(50)) which is most useful in rock strength classification.Rock anisotropy is quantified by the “Strength Anisotropy Index” Ia(50). This index is the ratio of the greatest to least Is(50) index measured respectively perpendicular and parallel to the existing planes of weakness.The uniaxial tensile (UTS) and compressive (UCS) strengths can be approximated from the Is(50) index. The UTS is about 1.25 times Is(50) and the UCS is normally between 20 and 25 times the Is(50) index.

Is is obtained from the following equation: