The CONVEX-D is a digital tape extensometer which quickly and accurately measures changes in distance between two reference points in any orientation. 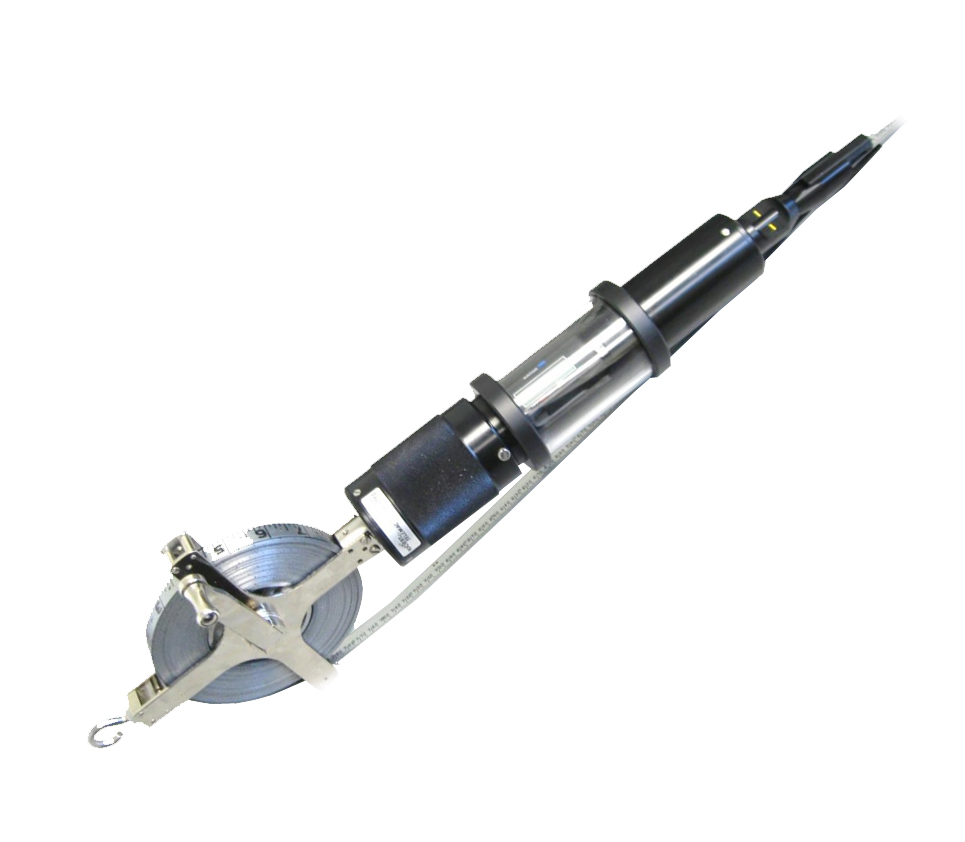 The CONVEX-D digital tape extensometer basically consists of a steel survey tape with punched holes, loaded on a reel fixed to the body of the instrument.

Among added features to the CONVEX-D, there is:

A pivoting latch has been incorporated to lock positively the tape, thus facilitating the instrument’s handling.A digital indicator has been added in order to accurately read the relative change between two reference points. By turning the rotary protection drum, it is easy to get quick access to the digital display function buttons through the opening provided for this purpose.Two hooks are provided, one at the movable end of the tape and the other on the reel frame.

Tensioning of the tape to a predetermined load is easily done by rotating a large knurled collar until two reference lines are precisely aligned. Visual alignment is optimized by the use of two superimposed magnifying lenses. For an actual measurement, the CONVEX-D is stretched between two reference points consisting of two stainless steel eyebolts fixed on their respective anchor.

A verification frame can be used to regularly check the repeatability of the instrument.

Proper anchoring of the reference points is required to complete an accurate measurement. The anchors, which must be chosen according to the conditions, are either rebars (A) to be grouted in boreholes or expansion shell anchors (B). The eyebolts can also be directly bolted (C) or welded (D) on structural steel beams.

To take a reading, the snap hook fixed on the movable end of the tape is attached to one reference point. Moving towards the opposite anchor, the tape unwinds until it is possible to fix the hook mounted on the reel onto the second reference point. The slack in the tape is then taken up by winding up the reel and the locking pin located at the front of the extensometer is then inserted into the nearest hole of the tape. The knurled collar is then rotated to tension the tape up to a predetermined value of 133.5 N (30 lbf) corresponding to the precise alignment of the two reference lines.

The measurement is made by adding the tape and the digital indicator readings. The optional verification frame can be used before a series of readings to verify that the instrument has not been damaged.