In order to test the feasibility of the method, the tests were performed on a different pipe specimen in a laboratory and on-site 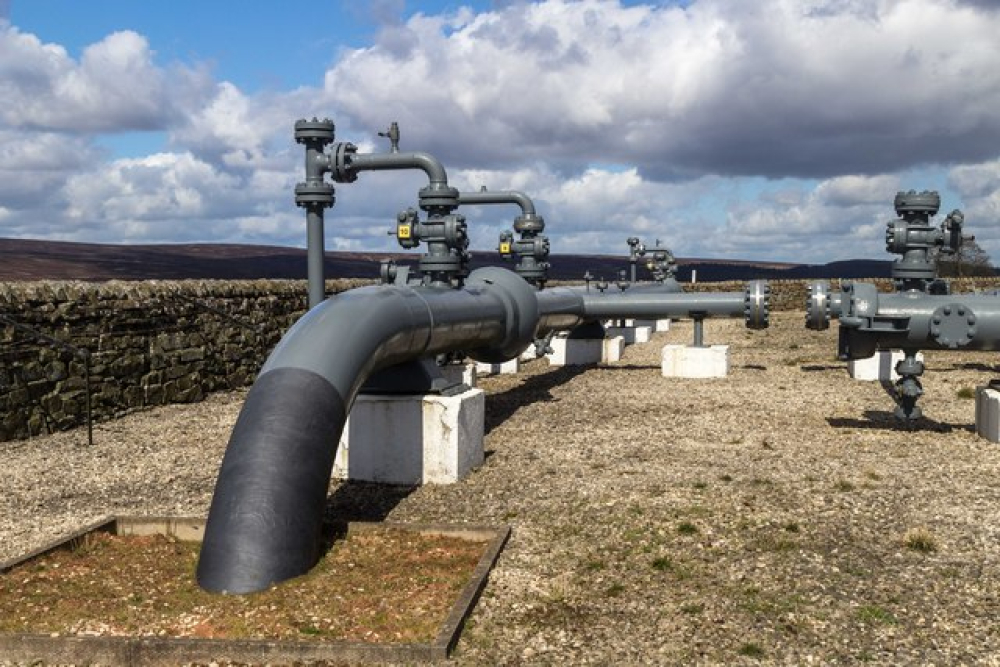 OXAND Company (France) collaborated with EDF (Electricité de France) on a project regarding the control of ageing of the cooling pipe circuits for nuclear power plants built on the coast. In this context, OXAND proposed non-destructive monitoring of the structural performance using the SOFO system.

In order to test the feasibility of the method, the tests were performed on a different pipe specimen in a laboratory and on-site. The pipe specimen consisted of three coaxial layers of ordinary concrete, a metallic layer, and reinforced concrete. Different types of artificial damage, simulating the consequences of ageing, were introduced to the specimens, and after pressurisation tests were performed. One long and four short SOFO SMARTapes were installed by gluing them over the
circumference of the artificially damaged cross-section. Each of the four short SMARTapes covered a different quarter of the section making a full ring, while the long SMARTape was installed parallel to the short ones, covering the whole circumference. In addition to SMARTapes, two longitudinal Standard sensors were installed in order to monitor bending and thermocouples were used to control temperature variations. After a test on one specimen was finished, all of the
sensors were successfully uninstalled and reused for other tests. All the data was processed in quasi-real-time using the SOFO Pro and SOFO View software, which displayed the results directly on the Internet in order to make it possible for involved EDF engineers, in different offices around France, to follow the test on-line. 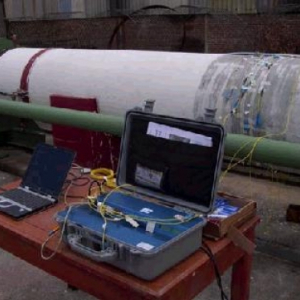 View to of the pipe specimen during the test 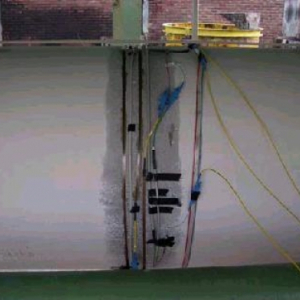 View of the sensors lay-out 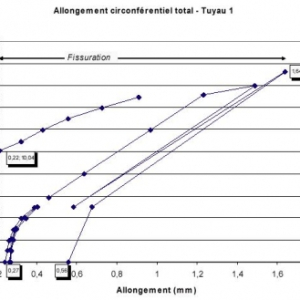